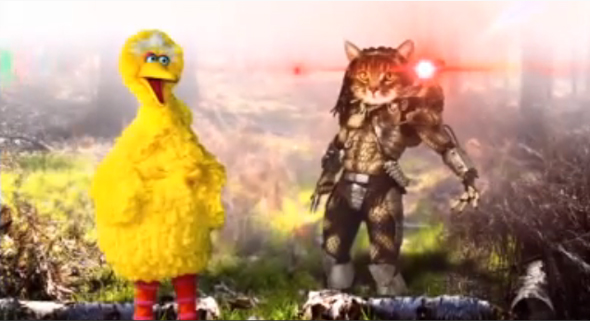 By now, many—perhaps most—readers have already seen the segment of Monday night’s episode of The Daily Show with Jon Stewart in which correspondent Aasif Mandvi satirized the cat-bird debate (described all too accurately, I’m afraid, by Mandvi as an “intractable war”).

I can’t imagine Fenwick’s pleased with how he came off, but perhaps he should be counting his blessings.

Frankly, I’d like to have seen Fenwick in the hot seat—Jim Kramer-style—defending his talking points (e.g., “cats are super-predators, especially when it comes to birds,” “cats kill hundreds of millions of birds,” etc.) to an unsympathetic Stewart.