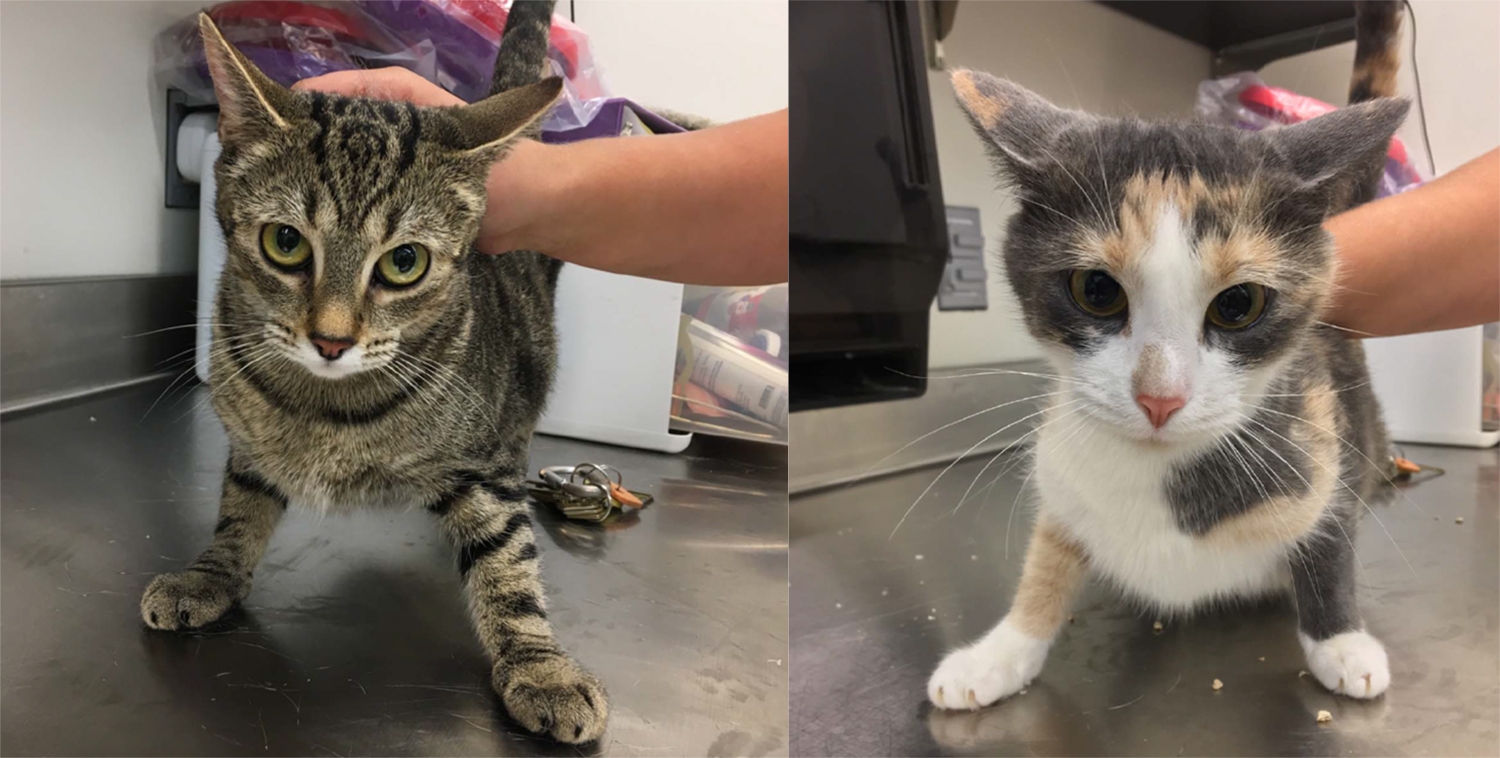 Picture in your mind a Venn diagram: one circle labeled “animal cruelty,” the other “wasted tax dollars.” The intersection, where the two circles overlap, is labeled “USDA Toxoplasmosis in Cats project.” That’s the visual takeaway from an exposé published earlier this week by the White Coat Waste Project, a non-profit whose mission is to “cut federal spending that hurts animals and Americans.”

Based on documents obtained through a Freedom of Information Act request, “including experimental protocols, animal purchase orders, and photographs,” WCW reports that a USDA Agricultural Research Service laboratory, located in Beltsville, Maryland:

“breeds 100 kittens a year, feeds the two-month-old kittens Toxoplasma-infected raw meat, collects their feces for two to three weeks to harvest the parasite for use in other experiments, and then kills, bags and incinerates the kittens like they’re trash.”

Responding to CNN, which picked up the story Wednesday, a USDA spokesperson explained that the agency “makes every effort to minimize the number of cats used to produce eggs required to research one of the most widespread parasites in the world. The cats are essential to the success of this critical research.”

While it’s true that felids (both wild and domestic) are the parasite’s only known definitive host, the USDA’s statement raises more questions than it answers.

For example: the agency’s spokesperson disputed WCW’s claim that 100 kittens are bred annually as part of the program, calling it a “serious over estimation.” However, Jitender Dubey, who’s worked for USDA’s Agricultural Research Service since 1982, leading the agency’s toxoplasmosis research effort for much of that time, indicated as much more than 20 years ago.

Building B, where “all experimentally inoculated [i.e., infected] cats are housed,” reported Dubey in a 1995 article published in the Journal of Parasitology, “also housed several hundred other T. gondii-infected cats over the six-year period.” [1]

The USDA statement goes on to explain why kittens infected with T. gondii are killed rather than being made available for adoption:

“Our goal is to reduce the spread of toxoplasmosis. Adopting laboratory cats could, unfortunately, undermine that goal, potentially causing severe infections, especially with unborn children or those with immunodeficiencies. ARS regularly inspects research animals and complies with best management practices in animal research.”

As recently as 2008, though, Dubey was explaining that, based on his own previous research, “most cats only shed oocysts for about one week in their life.” [2] In which case, the USDA’s concerns are largely unfounded.*

Or, put another way: killing all those kittens is—based on the results of the very research for which they’ve been killed—unnecessary.

The WCW exposé prompted Representative Mike Bishop to draft a sharply worded letter (PDF) to Agriculture Secretary Sonny Perdue, in which the Michigan Republican “express[ed] concerns about potential waste and abuse related to terminal research on kittens being conducted at a USDA Agricultural Research Service facility.”

“As you can imagine, I was shocked to hear that the USDA, the very organization set out to enforce animal welfare laws and regulations, was treating the life of animals with such contempt… I understand that currently cats are the only animals in which toxoplasma oocysts can be produced, however, it appears that this project uses kittens as test tubes. Put simply, it creates life to destroy life. While I support the objective of making food safer and protecting people and animals from infectious diseases, we must ensure taxpayer dollars are used effectively, efficiently, and humanely.”

On Friday, Bishop followed up his letter with the “Kittens in Traumatic Testing Ends Now Act of 2018” (i.e., KITTEN Act), intended to “end the use of cats in experiments that cause pain or stress.” And WCW has posted an advocacy alert on its website, making it easy for us to urge Congress to act on the bill.

* The research regarding re-infection and re-shedding is, it should be noted, rather mixed. The authors of one recent paper, for example, found that one of 10 cats (10 percent) re-shed oocysts after being re-infected with T. gondii 12 months after initial infection, and five of seven cats (28.6 percent) re-shed oocysts after being re-infected 36 months after initial infection, leading the researchers to conclude that “cat immunity against oocyst shedding decreased over the years.” [3] It’s difficult, however, to reconcile these results with those of studies finding that, at any given time, less than 6 percent of cats are shedding oocysts—with 1–2 percent apparently being the norm.  [2, 4]