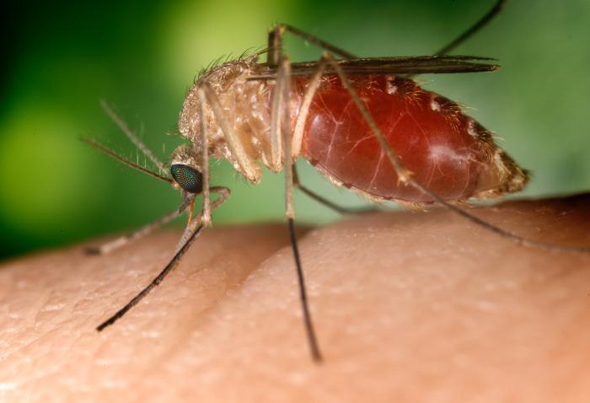 I’ll save my critique of “Zoonotic Diseases Associated with Free-Roaming Cats” for next time. And let’s set aside for the moment those alleged wildlife impacts, and ABC’s dubious estimate of the number of outdoor cats in this country. What about ABC’s apparent concern for those “serious public health diseases”?

This, of course, is a recurring theme in their ongoing campaign against free-roaming cats. A year ago, many readers will recall, ABC declared feral cat colonies a “perfect storm of rabies risk” (thus marking World Rabies Day 2011), and warned “decision-makers” to be wary of “half-truths about their impacts and implications on local communities and the environment.” [3]

In this latest press release, Schroeder called on “decision-making officials…to start looking at the unintended impacts [free-roaming cats] have on both the environment and human health when they consider arguments to sanction Trap, Neuter, and Return (TNR) cat colonies. These colonies are highly detrimental to cats, wildlife, and people, and only serve to exacerbate the cat overpopulation problem.” [1]

But if public health is of such great concern, then where’s the plea urging “decision-making officials” to “start looking at” West Nile Virus?

West Nile Virus
The CDC has documented 147 deaths in the U.S. from WNV this year alone. (By way of comparison: since 1960, only two cases of human rabies have been attributed to cats, [4] and in one of these cases, the woman had been bitten while in Guatemala, and was subsequently treated in the U.S. [5])

Last month, aerial spraying aimed at killing mosquitoes was begun in Texas’ Dallas and Harris counties. (Texas has seen 1,355 cases of WNV in 2012, 52 of them fatal.) Dr. David Lakey, director of the Texas Department of State Health Services, told the Los Angeles Times, “All the science has said aerial spraying is safe.” Safe or not, it’s not cheap. “The spraying,” according to the paper, “costs $1.87 an acre, and is being paid for with federal and state money, nearly $3 million so far.” [6]

WNV, explains the CDC on its website, is “most often… spread by the bite of an infected mosquito.”

“Mosquitoes become infected when they feed on infected birds. Infected mosquitoes can then spread WNV to humans and other animals when they bite.”

While ABC promotes (though never overtly) the roundup of free-roaming cats in the name of public health, there is, not surprisingly, no similar call to action regarding the various bird species (“at least 326,” according to the CDC) that serve as reservoirs of WNV.

Now, I don’t know enough about the pros and cons of aerial spraying to weigh in one way or the other on the issue. And I am in no way suggesting that millions of birds be killed to minimize the spread of WNV (assuming such a move would reduce the impact of the disease).

But ABC’s hypocrisy on the issue is astonishing.

And it’s not just a matter of turning a blind eye, either; ABC’s position on WNV* calls for “a balanced perspective on mosquito control.”

“In the case of West Nile Virus, the indiscriminate use of pesticides, while attempting to alleviate the risk of human disease, acts to further alter the ecosystems on which native birds and wildlife depend. All pesticides used today in controlling mosquitoes kill important natural predators of mosquitoes to some extent including frogs, fish, and dragonflies. Run-off and aerial drift of sprayed pyrethroids and organophosphates contaminate urban streams, and may persist in natural waters thereby contaminating ecosystems distant from the original site of pesticide application.”

So, the risks to the ecosystem aren’t worth the human lives (potentially) saved? (Again, 52 in Texas alone this year.) Clearly, public health officials think they are. (Not that these folks always get it right, of course, as the 2012 Florida Rabies Guide illustrates.**)

In any case, until ABC changes their position on WNV, it’s very difficult to take seriously any press release warning of public health risks posed by free-roaming cats.

* Also of interest in ABC’s position statement on WNV: “If declines in certain species or populations of birds are observed through traditional monitoring efforts (i.e., breeding bird surveys, banding stations, migration point-counts), it is absolutely vital for effective conservation planning that the reasons for noted declines be accurately identified.” Interestingly, ABC has expressed no similar concern that predation by free-roaming cats be “accurately identified” as a source of bird declines—though, of course, ABC President George Fenwick claimed exactly that in an August 6 press release.

** In addition to their grossly inflated figure for “rabies post-exposure treatment (average cost >$3,000 for previously unvaccinated individual),” the Florida Department of Health inexplicably uses the Rabies Guide to weigh in on the legality of the “deliberate release or abandonment of feral or domestic cats” and free-roaming cats’ “adverse impact on wildlife.” [7]