A few follow-up items related to my past couple of posts: the first sheds some additional light on the Santa Ana typhus scare, while the second provides a little historical context to The Sacramento Bee’s recent reporting on Wildlife Services.

1. Typhus, Fleas, and Cats
Somehow I missed press releases from both Stray Cat Alliance and Alley Cat Allies, both issued yesterday in response to the Santa Ana typhus scare. (My apologies!) Below is the SCA release in its entirety (as I’ve been unable to find a link). The ACA release can be found here. END_OF_DOCUMENT_TOKEN_TO_BE_REPLACED

An editorial in Sunday’s Sacramento Bee provided yet another opportunity to use the quote from Supreme Court Justice Louis Brandeis (to which I referred in my inaugural post, and several times since): “Sunlight is said to be the best of disinfectants, electric light the most efficient policeman.”

It seems all the sunlight two-time Pulitzer Prize-winner and Bee reporter Tom Knudson shone on USDA’s Wildlife Services with his recent three-part investigative series has prompted further  inquiry—this time by the U.S. Congress. According to The Bee, Rep. Peter DeFazio (D-OR) and Rep. John Campbell (R-CA) “have said they plan to ask the House Oversight and Government Reform Committee to investigate.” [1] END_OF_DOCUMENT_TOKEN_TO_BE_REPLACED 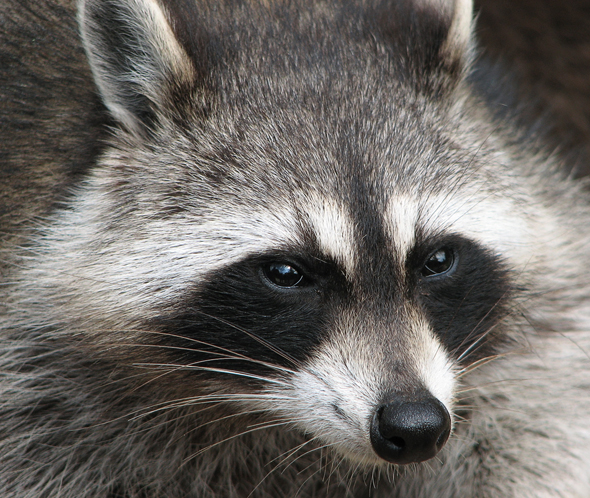 According to a recent story in The Charleston Gazette, the U.S. Department of Agriculture has, in recent years, made great strides in stopping the westward spread of the raccoon variant of the rabies virus. And a promising new vaccine, typically distributed in packets dropped from airplanes, may eliminate raccoon rabies altogether.

The news came via a presentation by Richard Chipman, Assistant National Rabies Management Coordinator for USDA’s Wildlife Services (yes, that Wildlife Services), and several of his colleagues at the Northeast Association of Fish and Wildlife Agencies’ Conference in April. END_OF_DOCUMENT_TOKEN_TO_BE_REPLACED

Despite the evidence that non-lethal methods can be effective, Wildlife Services continues its killing. Indeed, the greatest change at the agency seems to be its increased interest in targeting “invasive” species with “traditional” techniques.

Preview of Wild Things, produced by the Natural Resources Defense Council, to be released early this summer. (Video not displaying properly? Click here.

Yesterday The Sacramento Bee ran the third and final story in its series investigating Wildlife Services, a little-known (until now) agency under the U.S. Department of Agriculture’s Animal and Plant Health Inspection Service.

In Part 1, two-time Pulitzer Prize-winner and Bee reporter Tom Knudson focused on Wildlife Services’ controversial practices and secrecy; Part 2 looked at the environmental consequences of the agency’s activities. For Part 3, Knudson spoke with a range of stakeholders demanding changes at Wildlife Services.

“Ideas for reform include more nonlethal control, curtailing aerial gunning, a ban on traps, snares and cyanide poison and pouring more resources into controlling invasive species. Some critics are calling for an investigation of Wildlife Services’ trapping practices and perhaps eliminating the agency altogether.” [1]

Four points stood out for me: END_OF_DOCUMENT_TOKEN_TO_BE_REPLACED

Wildlife Services’ killing campaigns are not only brutal, costly, and ineffective—they may actually contribute to an increase in the population of the coyotes targeted by the agency.

In the second part of The Sacramento Bee’s three-part series investigating Wildlife Services, published Tuesday, reporter Tom Knudson sheds some light on the dubious rationale behind the agency’s methods. [I discussed the first installment in my previous post.]

“For decades,” writes Knudson, “Wildlife Services, part of the U.S. Department of Agriculture, has specialized in trapping, poisoning and shooting predators in large numbers, largely to protect livestock and, more recently, big game.”

“Now such killing is coming under fire from scientists, former employees and others who say it often doesn’t work and can set off a chain reaction of unintended, often negative consequences.” [1]

(Many readers will recall that I made a similar argument in my February 2011 letter to the U.S. Fish and Wildlife Service—no “relation” to Wildlife Services, though they seem to share the same penchant for lethal control methods and secrecy—regarding their ill-conceived Florida Keys National Wildlife Refuges Complex Integrated Predator Management Plan.)

“With rifles, snares and aerial gunning,” writes Knudson, “employees have killed 967 coyotes and 45 mountain lions at a cost of about $550,000. But like a mirage, the dream of protecting deer by killing predators has not materialized.” [1]

This despite a significant increase in the killing. END_OF_DOCUMENT_TOKEN_TO_BE_REPLACED

In FY 2011 alone, Wildlife Services, part of the U.S. Department of Agriculture, killed nearly 3.8 million animals—including pets and endangered species. All of it funded by American taxpayers.

According to its website, the mission of Wildlife Services “is to provide Federal leadership in managing problems caused by wildlife.”

“WS recognizes that wildlife is an important public resource greatly valued by the American people. By its very nature, however, wildlife is a highly dynamic and mobile resource that can damage agricultural and industrial resources, pose risks to human health and safety, and affect other natural resources. The WS program carries out the Federal responsibility for helping to solve problems that occur when human activity and wildlife are in conflict with one another. The WS program strives to develop and use wildlife damage management strategies that are biologically sound, environmentally safe, and socially acceptable.”

A three-part investigative series in The Sacramento Bee this week promises to challenge each of the three points from that last sentence, exposing the controversial and secretive practices of Wildlife Services. Indeed, the first installment, which ran Sunday, suggests that the agency, a little-known part of the U.S. Department of Agriculture’s Animal and Plant Inspection Service, is often the source of human-wildlife conflict. END_OF_DOCUMENT_TOKEN_TO_BE_REPLACED