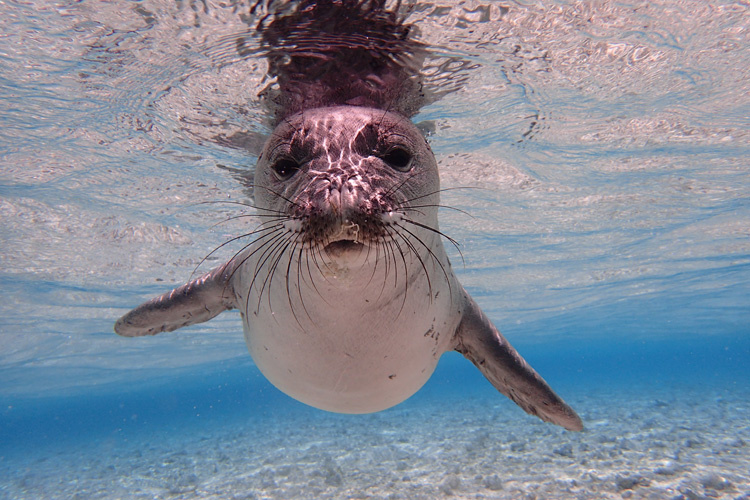 Earlier this week, the National Oceanic and Atmospheric Administration’s Fisheries office posted a story on its website warning of “localized lethal outbreaks” of toxoplasmosis among endangered Hawaiian monk seals. This comes after one seal died as a result of infection with the parasite and another is being treated by NOAA Fisheries staff. In 2018, three others were reported to have died from toxoplasmosis.

“The first documented monk seal death due to toxoplasmosis occurred in 2001. The disease has now killed at least 12 monk seals, making it a leading threat to the main Hawaiian Islands population.”

It’s difficult to see how 12 mortalities over nearly 20 years constitutes a “leading threat.” Indeed, according to NOAA Fisheries’ own reports, the monk seal population in the Main Hawaiian Islands might actually be at an all-time high.

NOAA’s own necropsy reports show that monk seal deaths attributed to T. gondii make up only a small fraction of overall mortalities—just eight of 183 (4.4%) of those examined between 2001 and 2015, according to this 2016 paper (whose co-authors include NOAA staff directly involved with monk seal conservation efforts). The parasite was suspected of being the cause of death in another two cases [1].

Although I haven’t seen subsequent reports, I’ve also not seen any reports suggesting that overall mortalities have increased recently.

Interestingly, a NOAA Fisheries report from 2016 estimated “approximately 200 monk seals currently living in the main Hawaiian Islands, and this population is growing at a rate of ~6.5 percent per year.” If the agency’s most recent estimate of 300 is correct, the growth rate is much higher. And it remains an open question as to whether these seals ever populated the Main Hawaiian Islands in appreciable numbers. As the same 2016 report explains:

All of this—despite the alleged threat posed by what NOAA Fisheries calls “this cat-borne disease.” Not surprisingly, though, the agency used the most recent cases of toxoplasmosis to call for killing more cats.

“Euthanasia is going to have to be part of any solutions,” Angela Amlin, Hawaiian monk seal recovery coordinator for NOAA Fisheries, told Hawaii News Now “It’s not necessarily the exclusive answer but any comprehensive way of addressing this will have to include euthanasia of at least of some animals.”

Of course, this is exactly what’s been going on for years; there’s little reason to think more killing will aid monk seal recovery efforts—which, again, NOAA Fisheries’ own reports suggest is actually going better than anticipated.

Worse, given the agency’s apparent disregard for their own evidence, there’s also little reason to think that its ongoing campaign against cats will be curtailed significantly even if monk seal numbers reach conservation targets. Such campaigns seem to take on their own cruel momentum.

In the News, Toxoplasma gondii