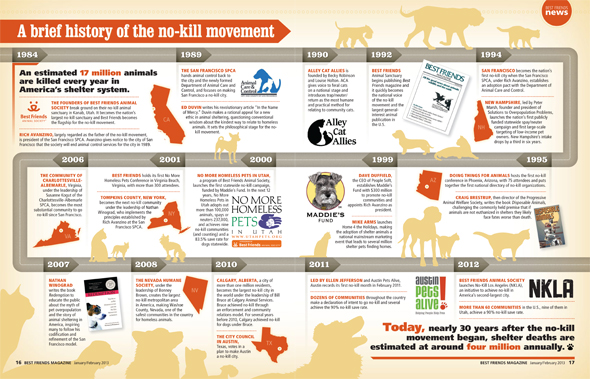 The definition of insanity, it’s often said, is doing the same thing over and over again and expecting different results. As it happens, this isn’t actually the definition of insanity. And it’s unlikely that the pithy quote actually originates with Albert Einstein, Benjamin Franklin, or Mark Twain, though it’s often attributed to one of the three.

Legal and historical quibbles aside, the central point is a valid one: repeating a behavior or action that’s yielded one result in the hopes of achieving a different result… well, it doesn’t make a lot of sense.

And yet, this is exactly what’s going on in Hernando County, Florida, where county commissioners recently voted 4-to-1 “to retain the 23-year policy of loaning out cat traps to catch feral felines.” [1] This is no TNR program; cats caught—especially those that aren’t socialized—will, more than likely, be killed by Hernando County Animal Services.*

And, according to Commissioner Diane Rowden, who cast the sole dissenting vote, the policy isn’t working out well for the community, either. “We’ve been doing this over, and over and over for years and years and years and it doesn’t seem to be really accomplishing anything,” she told Hernando Today. “They just keep multiplying out there.”

“Lisa Centonze, managing veterinarian of animal services, has called the process of lending out traps ‘inefficient, costly and inhumane.’” [1]

Twenty-three years. Let that sink in for a moment.

The changes to animal sheltering—and companion animal welfare in general—in this country over the past 23 years have been nothing short of revolutionary. Attitudes about stray, abandoned, and feral cats have undergone a radical shift as well. Indeed, it was 1990 when, as an article in the January/February issue of Best Friends magazine (from which the illustration above is borrowed) explains, Alley Cat Allies “[gave] voice to feral cats on a national stage and introduces trap/neuter/return as the most humane and practical method for relating to community cats.” [2] (Just one year earlier, reports Nathan Winograd in Redemption: The myth of pet overpopulation and the no kill revolution in America, “the first battle flag of the No Kill revolution was symbolically being raised” at the San Francisco SPCA. [3])

Meanwhile, in Hernando County, the budget for Animal Services has been slashed 45 percent over the past three years, and the number full-time employees cut nearly in half since 2011. [4] None of which bodes well for the cats in its shelter system—“some 280” of them last year, according to the story in Hernando Today, the majority of which never made it out alive. [1]

In fact, the statistics are probably far worse. In nearby Hillsborough County, for example, Animal Services impounded 10,635 cats in 2012; only about 20 percent made it out the front door. Granted, the human population of Hillsborough is about seven times that of Hernando County, but that doesn’t explain intake numbers 38 times greater. Perhaps “some 280 cats” were brought in via loaned traps. Unfortunately, Hernando County Animal Services doesn’t post such data online (another sign of an agency in need of reform).

Whether we’re talking about 280 cats—or, as I suspect, maybe 10 times that many—it’s troubling to see Hernando County continue, for 23 years now, its endorsement of lethal (non) control methods. As Rowden points out, they don’t seem to be accomplishing anything.

* As stated in Article III Section 6-41 of Hernando County Code of Ordinances: “The animal shelter may adopt out or release impounded cats after three (3) days and may euthanize impounded cats after five (5) days, measured from the date of impoundment. Notwithstanding the foregoing, the county veterinarian or his/her designee may euthanize an impounded cat if such animal is in imminent danger of death from disease or trauma or is determined to be feral. Euthanasia of cats to prevent overcrowding will be conducted using the following priorities, to be determined by the county veterinarian or his/her designee: (1) Sick, diseased, or injured; (2) Feral; (3) Unadoptable.”

3. Winograd, N.J., Redemption: The myth of pet overpopulation and the no kill revolution in America. 2007: Almaden Books.