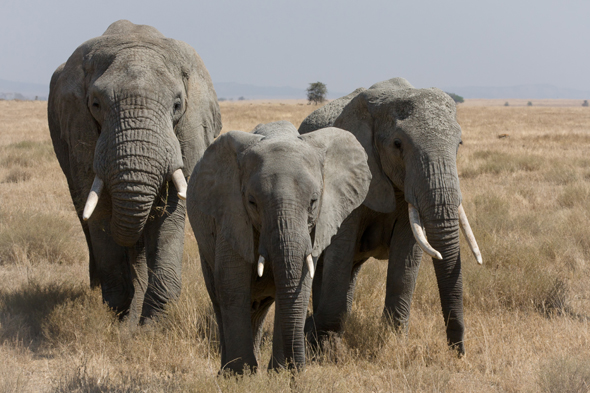 In the latest issue of Orion, journalist and author J.B. MacKinnon makes good on the magazine’s commitment to “inform, inspire, and engage individuals and grassroots organizations in becoming a significant cultural force for healing nature and community.”

In his essay, “Wisdom in the Wild: A case for elderly animals,” MacKinnon does a brilliant job of (re)connecting the reader with the natural world by making the connection unusually personal:

I have stopped eating groundfish, not because the fishery is unsustainable, which was the biologist’s actual point, but because any one of the fish might be as old as my grandmother. The decision is easy to deride as a most-embarrassing anthropomorphism, I know, but my spouse, at least, offered unhesitating support. “Who knows what wisdom they’ve developed in that time?” she said. And who wants to risk consuming the planet’s store of wisdom?

But, as MacKinnon points out, our regard for such wisdom often develops only in hindsight. Among the examples he cites, two involve African elephants.

Tarangire
In 1993, Tanzania’s Tarangire National Park suffered the worst drought in 35 years. “By the time the rains came again,” writes MacKinnon, “the Tarangire herd had lost sixteen out of eighty-one calves, a level of juvenile mortality ten times above normal.”

In the early 1980s, the elephant population was swelling in Kruger National Park, and wildlife managers decided to dart numbers of adult elephants from the air and then shoot them to death on the ground, often in plain view of the juveniles. The youngsters were then rounded up and sent to other parks and reserves, with about forty ending up in Pilanesberg National Park, several hundred miles to the southwest. It must have seemed like a logical if gruesome act of conservation: reduce overpopulation in one place and spread the wealth of the species to others.

About ten years later, relocated males were—much to the shock of biologists—responsible for killing dozens of white rhinoceroses. In most cases, the social structure of elephant herds limits such “teenage” aggression. “After standing down to a dominant male,” writes MacKinnon, “the rush of hormones stops, in some cases in a matter of minutes.”

In the absence of dominant males, however, the young elephants suffered from a chemical imbalance that turned them into killers.

It’s Complicated
MacKinnon’s piece got me thinking about how eager we are to “manage” wildlife despite our limited understanding. And the consequences of a what-do-we-kill-next? approach fueled, it seems, more by economic and political considerations (not the least of which is job security) than by any noble concern for conservation.

Among the most glaring examples is Macquarie Island, where, in 2000—after 15 years—cats were finally eradicated. Forty-plus years of rabbit control was “reversed in only six years,” devastating the island’s vegetation. In addition, “a pulse of at least 103,000 mice and 36,600 rats have also entered the ecosystem since cat eradication.” [1]

Tony Eastley, host of the Australian Broadcasting Corporation’s AM radio show, explained it this way recently: “The project aimed at eradicating rabbits and rodents is no overnight quick fix. It’s expected to take five years and cost at least $25 million.” (Incredibly, the story makes no mention of cats at all.)

If scientists could be so wrong in their understanding of the ecology of this 50-square-mile, uninhabited island, what makes us think they’ll get it right when tackling larger, more complex ecosystems—say, the Florida Keys, for example?

“It is tempting,” warned Abraham Maslow, “if the only tool you have is a hammer, to treat everything as if it were a nail.” The same is true, all too often, of wildlife management—the hammer being lethal control (see, for example, New York magazine’s “field guide to what the Feds are hunting”).

But an effective, humane approach to feral cat management requires a more expansive set of tools. Of course, a little wisdom wouldn’t hurt, either.