The second in the Framed series is from the recently released book, The American Bird Conservancy Guide to Bird Conservation. 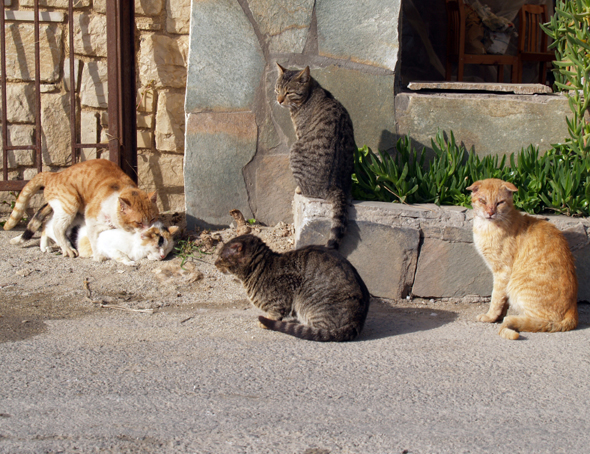 The book’s authors actually have very little to say about TNR, assuming, I suppose, that the accompanying photos say it all. The caption for this one reads (somewhat incongruously, if you ask me): “Managed feral cat colonies are a hazard to birds and attract the dumping of additional unwanted cats.” [1]

Photographer Tina Lorien tells me that these cats were actually photographed on the Island of Crete, where, it seems, even spayed/neutered pet cats are rather rare (never mind managed colonies). Once again, ABC doesn’t let the facts get in the way of a good story (which pretty well summarizes the rest of the book’s section on cats—something I’ll get to in my next post).

On December 2, ABC is hosting a free webinar with book authors Daniel Lebbin, Michael Parr, and George Fenwick—plus novelist and essayist Jonathan Franzen, author of the book’s foreword. Registration is limited to 100 people.