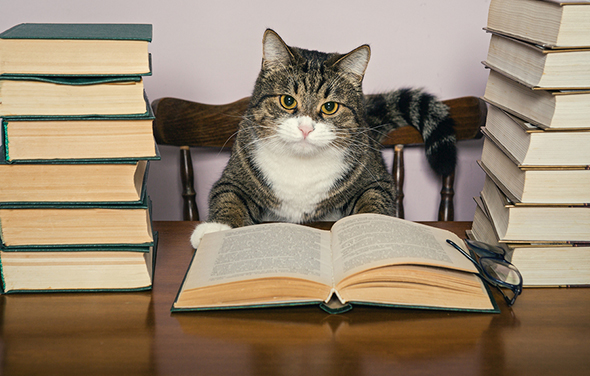 Given the junk science, red herrings, and desperate scaremongering that plague Cat Wars, why is Cornell University’s Lab of Ornithology rolling out the red carpet for co-author Peter Marra?

That’s right, Marra will be lecturing and selling signed copies of the book on December 5 in an event that will be streamed live online. Given the highly controversial nature of Cat Wars—the central thesis of which is that outdoor cats must be eradicated in the name of biodiversity and public health—one might expect that Cornell would invite a speaker to offer an alternative perspective (or at least ask the obvious questions the mainstream media continues to ignore).

Indeed, if one believes what Cornell proclaims about its core values, the university is committed to “support free and open intellectual inquiry and expression.”

When I contacted John Fitzpatrick, the Lab’s director, earlier this week, his response was cordial but disappointing:

“We currently have no plans to have anyone present an alternate viewpoint to that of Dr. Marra… but if we decide to do so at some point we will contact you for advice about possible speakers.”

Given that the event is only two weeks out, with a long holiday weekend just around the corner, I’m not holding my breath. Instead, I’ve launched an online petition challenging Cornell to live up to its commitment by inviting a qualified speaker to provide balance and perspective to the many controversial claims Marra makes in Cat Wars (and continues to make on the book tour).