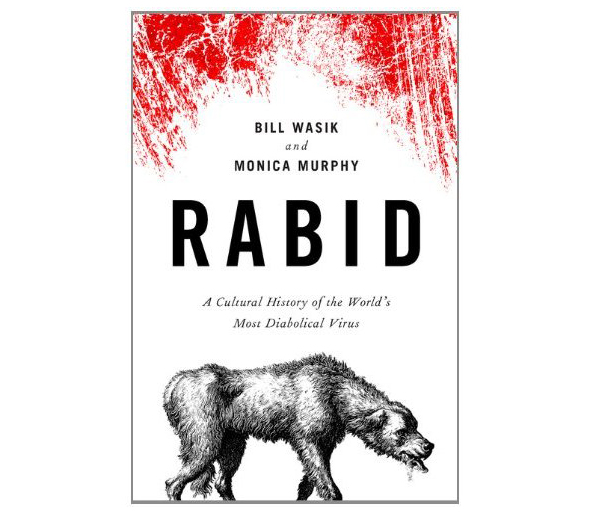 Seven minutes and 35 seconds. That’s how long Robert Siegel, co-host of NPR’s All Things Considered, spoke with Bill Wasik and Monica Murphy about their new book, Rabid: A Cultural History of the World’s Most Diabolical Virus.

Cats weren’t mentioned even once.

Was this a massive oversight? A coup perpetrated by the Powerful Cat Lobby, perhaps?

Hardly. “Veterinarians spend a lot of time thinking about rabies, even though in this country, we hardly ever see it,” explained Murphy, a veterinarian. (Wasik, her husband, is a journalist.)

The scaremongerers over at the American Bird Conservancy and The Wildlife Society must be downright distraught at the thought of the American public being better informed on the subject. Indeed, an excerpt from Rabid describes some of the underlying myths and cultural baggage these folks routinely attempt to leverage in their witch-hunt against free-roaming cats.

“As the lone visible instance of animal-to-human infection, rabies has always shaded into something more supernatural: into bestial metamorphoses, into monstrous hybridities. Even during the twentieth century, after Pasteur’s invention of a rabies vaccine provided a near-foolproof means of preventing its fatality in humans, our dark fascination with rabies seemed only to swell. The vaccine itself became as mythologized as the bug, such that even today many Americans believe that treatment requires some twenty (or is it thirty?) shots, delivered with a foot-long syringe into the stomach. (In fact, today’s vaccine entails four shots, and not particularly deep in the arm.)

It’s almost as if the very anachronism of rabies, to the Western mind, has rendered it even more intriguing to us. Like the vampire, rabies carries with it the musty whiff of a centuries-old terror—even as it still terrifies us in the present day.”

Not exactly your typical summertime reading, maybe, but this one’s going on my list. I wonder if I can get signed copies for ABC’s Darin Schroeder and TWS’s Michael Hutchins…