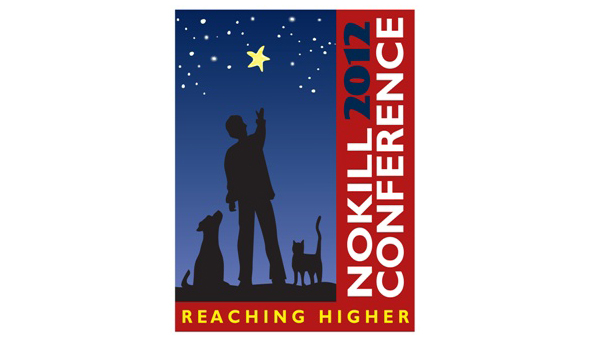 Momentum
The No Kill movement has, in a few short years, achieved a great deal. Today, 50 community shelters across the country (representing, if I’m not mistaken, more than 200 cities and towns) have achieved no-kill status, each saving the lives of at least 90 percent of animals brought in.

What’s more, there’s an enormous amount of momentum in the movement, as was demonstrated by the number of success stories shared by speakers and attendees alike—as well as the unmistakable energy in the air. The times, they are a changin’.

Tools for Success
One sign of a successful conference is when attendees are frustrated that they’re missing one great workshop by attending another. That was certainly the case this weekend. Clearly, there are certainly worse problems to have. And I didn’t hear a single complaint that any of the workshops was a disappointment.

Participants are now headed back to their communities equipped with the tools necessary to bring about change—from becoming more media savvy and more politically effective to creating a bottle baby program for saving unweaned kittens. (See previous Dylan quote.)

Push for TNR
My presentation, Witch-Hunt: How TNR opponents have co-opted science to target free-roaming cats, was very well received. Approximately 50 people attended Saturday’s session, and another 80 or so (standing-room only!) were there on Sunday. No small feat, considered I was “competing” with John Sibley (the man behind the In Dog We Trust blog), whose workshop focused on advocacy blogging. (See previous comment about there being too much great stuff going on all at once.)

The number of questions, and subsequent conversations, about TNR over the course of the weekend demonstrate a strong desire for additional resources (e.g., programs, education, etc.) and protections (e.g., policy, legislation, etc.) designed to put an end to the killing of stray, abandoned, and feral cats. Fed up with the cruel, costly, and ineffective trap-and-kill approach—practiced for generations now—people are demanding more of their local shelters and politicians.

The No Kill Advocacy Center, No Kill Nation, the GW Law School’s Joan Schaffner and her team, and many others are to be commended for a job well done! Looking forward to 2013…

In the News, Vox Felina