For more than two weeks now, those of us who are outraged by the trapping of cats on the Loews Orlando properties have been able to express ourselves solely through virtual means—blogging, Facebook and Twitter, and an online petition.

Yesterday afternoon, however, many local advocates took to the streets, participating in a protest organized by Alley Cat Allies. According to an ACA press release:

Sixty-eight people raised their voices—and their signs—against the Loews Royal Pacific, Loews Portofino, and Hard Rock Hotel at Universal Orlando Resorts after management made the decision to trap and remove the 23 feral cats who have lived peacefully on the properties for years.

Many of us—myself included—were unable to attend, but were there in spirit (and watching the whole thing unfold via social media). Thank you to all that made it possible!

For additional updates on the Loews cats:

Note: Alley Cat Allies has provided high-resolution photos of the event for the media here. 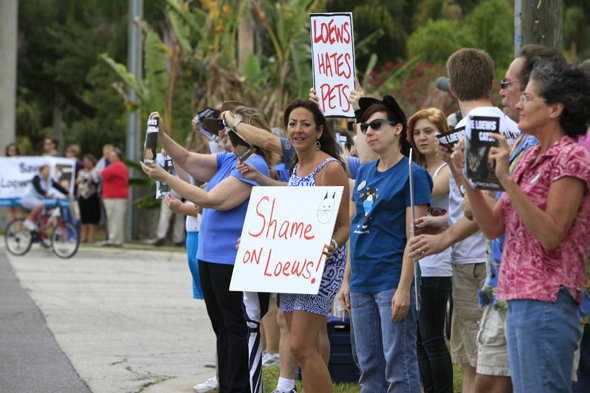 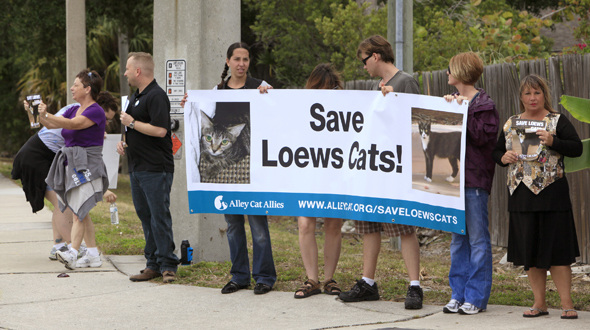 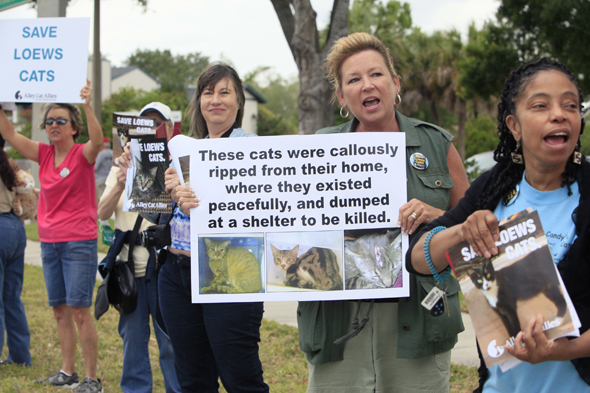 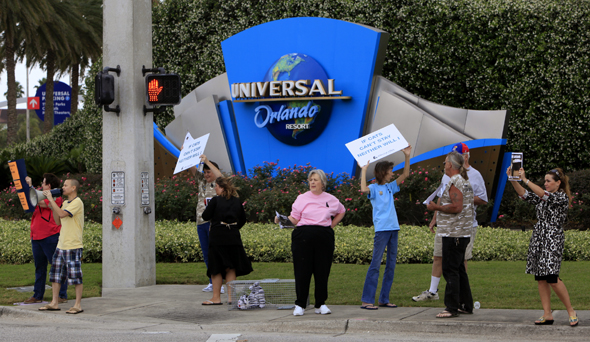 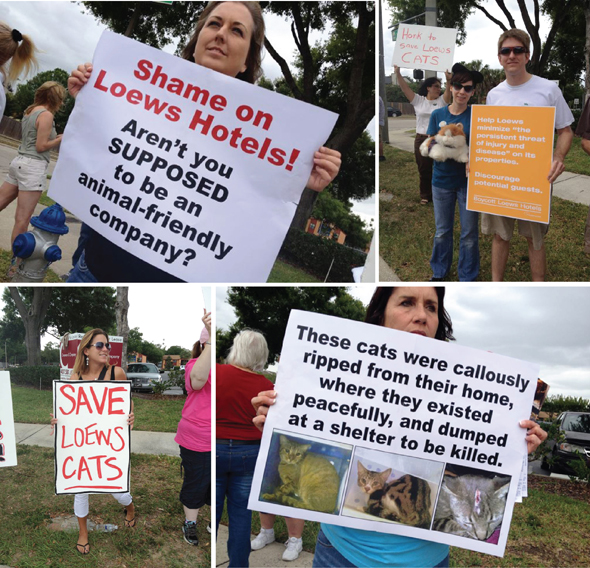