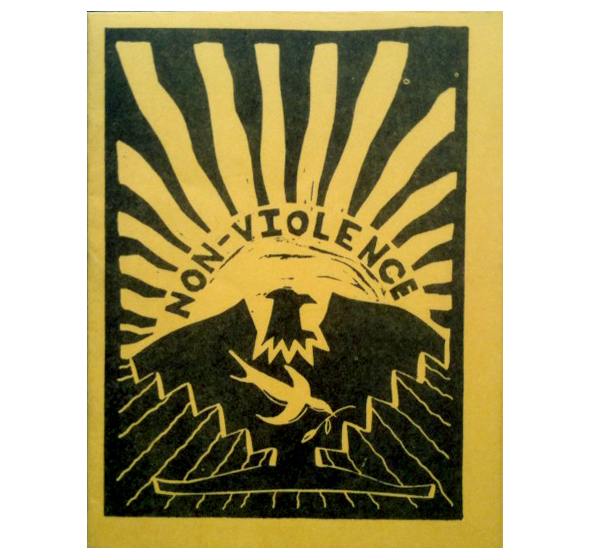 Today would have been my mother’s 83rd birthday.

Among the many lessons I learned from my mother was activism (naturally, I came to this realization too late to acknowledge her gift). I can recall (unfortunately, only hazily) a period when I was a boy, when she spent weekends picketing the local A&P, supporting the United Farm Workers in their grape boycott. (The leaflet pictured above was distributed by UFW/AFL-CIO, and “signed” Peace and Justice, Cesar E. Chavez.)

Although I have no photos of her on the picket line, the few bits of “evidence” I do have are, in their own way, far more informative. In December 1973, she wrote a letter to the editor of The Michigan Catholic, responding to one reader’s complaint that the nuns and priests were neglecting their duties—spending too much time in “the A&P parking lots… and the courtrooms.”

I have that letter, which my mother hammered out on her (even then) vintage Royal. It reads, in part:

“No one I have met enjoys picketing. It gets very painful at times, physically and emotionally. However, a little reflection on the plight of the migrant farm workers (life expectancy 49, annual income for a family of four $2,400, poisoning from pesticide in 15 of every 100 workers, death from T.B. and other infectious diseases 260 percent higher than the national average, infant and maternal mortality 125 percent higher, and not even toilets or drinking water in the fields) makes one reluctant to head for the comfort of the car and home. So we cope with the hostility and apathy. The irrelevant comments shouted at us help to break the monotony as we try to puzzle out their meaning.”

I’m struck, even as I write this, by how similar our writing styles are—not to mention our tendency to draw on facts and statistics to make our case. (The means of production, as it were, are another matter altogether—her typing skills were infinitely better than mine; I’m no match for her dutiful Royal!)

I like to think my mother would be proud of what I’m doing with Vox Felina. Not just because she was a cat lover herself (a trait she probably picked up from her own mother), or simply because it’s her son’s work. I think she’d be proud because Vox Felina is, in its own way, about speaking truth to power, about righting a profound injustice.