Oh what a tangled web we weave,
When first we practise to deceive!
—Sir Walter Scott 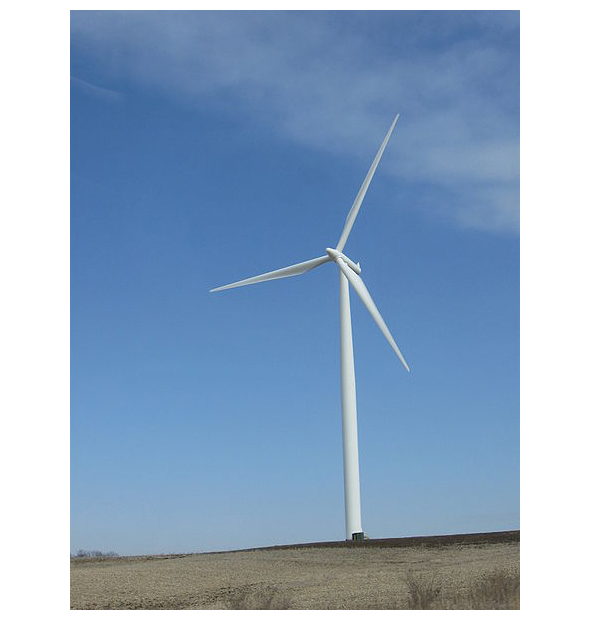 Two stories from New York Times writer Elisabeth Rosenthal caught my eye this past Monday. The first, “Tweety Was Right: Cats Are a Bird’s No. 1 Enemy”—the latest recounting of Pete Marra’s catbird research—reads more like a joint press release from ABC and the Smithsonian than it does a Times-worthy science story.

In the second piece, posted on the Green blog, Rosenthal weighs bird mortalities from wind turbines against the number of birds killed each year by cats: 440,000 compared to 500 million.

The figure for wind turbines comes, presumably, from the U.S. Fish & Wildlife Service (USFWS), while the estimate for annual cat kills comes from the American Bird Conservancy (ABC). Interestingly, I’ve been unable to locate anything on the USFWS Website to support the estimate attributed to that organization; in fact, the only place I’ve seen the connection made is on ABC’s Website.

Thanks to one of my devoted (and well-informed) readers, I need to correct this last point. In fact, the USFWS estimate comes from a 2009 paper (PDF available for download here) by Albert Manville, Senior Wildlife Biologist with USFWS.

Not that it makes a great deal of difference, I suppose—I don’t have much confidence in either ABC or USFWS.

Beyond the Numbers
Even setting aside for the moment the questionable accuracy of each mortality estimate, the comparison is still not as straightforward as it first appears. “If your interest is in protecting several iconic American bird species,” suggests Rosenthal, “the whooping crane, the golden eagle and the sage grouse—wind turbines are possibly the bigger problem.”

The greater sage-grouse, a species listed as Near-Threatened, and the whooping crane, officially Endangered, with perhaps fewer than 500 remaining in the wild, are of particular concern.

Bryce, who, according to his bio, “has been writing about the energy business since 1989,” says oil companies and electric utilities have often been sued under the Migratory Bird Treaty Act. “Yet there is one group of energy producers that are not being prosecuted for killing birds: wind-power companies.” [1]

Like Bryce, Michael Fry, ABC’s Director for Conservation Advocacy, doesn’t care for this double standard. “Somebody has given the wind industry a get-out-of-jail-free card,” he told Bryce. “If there were even one prosecution, the wind industry would be forced to take the issue seriously.” [1]

But there’s a certain irony in Fry’s complaint.

If the wind industry’s been given a “pass,” it’s due in no small part to ABC and their relentless campaign against free-roaming cats. Since at least 1997, when their Cats Indoors! program was launched, ABC has been telling anybody who would listen that free-roaming cats kill an extraordinary number of birds each year.

In so doing, ABC has given the wind industry one of its strongest arguments against making the kinds of changes ABC is now demanding.

The Marketing of the Wisconsin Study
Their undated brochure Domestic Cat Predation on Birds and Other Wildlife, for example, still available on the ABC Website, cites, among other apparently damning evidence, the infamous “Wisconsin Study”: “Rural free-roaming cats kill at least 7.8 million and perhaps as many as 217 million birds a year in Wisconsin. Suburban and urban cats add to that toll.” [2]

Not that ABC hasn’t had help. USFWS, too, has tried its best to legitimize these back-of-the-envelope “estimates,” settling on the researchers’ “most reasonable estimate” [3] of 39 million birds killed each year in Wisconsin for its publications on the subject. [4, 5]

And these efforts have paid off. For years now, news stories of birds killed by wind turbines have referred—sometimes directly, and sometimes not—to predation rates that Stanley Temple himself admitted “aren’t actual data.” [6]

A 2005 U.S. Department of Agriculture Forest Service report cites Coleman and Temple’s work specifically, [7] suggesting that their own “estimate of 100 million birds killed by cats on an annual basis” is therefore “highly conservative” by comparison. [8] According to the report:

In Wind Power: Impacts on Wildlife and Government Responsibilities for Regulating Development and Protecting Wildlife, also published in 2005, the Government Accountability Office offers no total for birds killed by wind turbines, but goes into detail regarding several other causes of mortality, including cats (“hundreds of millions of bird deaths”) using data from USFWS. [9]

Industry insiders, too, have been paying attention.

Wisconsin Focus on Energy, for example, uses Coleman and Temple’s figures to “put the situation in perspective”:

“Cats, both feral and domestic, also take their toll on birds. A Wisconsin Department of Natural Resources report [3] states, ‘recent research suggests that rural free-ranging domestic cats in Wisconsin may be killing between 8 million and 217 million birds each year. The most reasonable estimates indicate that 39 million birds are killed in the state [Wisconsin] each year.’” [10]

Laurie Jodziewicz, communications and policy specialist for the American Wind Energy Association (AWEA) offered a similar perspective in a 2009 interview with Mother Earth News: “Even if we got 100 percent of our electricity from wind turbines, bird mortality wouldn’t be even close to that which is caused by communication towers, buildings, automobiles or even cats.” [11]

And the debate continues.

In a news release from earlier this month, ABC challenges AWEA’s estimates:

“The U.S. Fish and Wildlife Service has estimated that approximately 440,000 birds are already being killed each year by wind turbines, yet AWEA continues to assert that the death toll is less than one quarter of this. More importantly, the industry association ignores the fact that wind development is currently a tiny fraction of that proposed for 2030 when it is anticipated to kill a minimum of one million birds annually, and likely many more.”

Still, it’s a difficult argument to make on the basis of the numbers alone.

Perhaps the folks at ABC and USFWS might offer some perspective of their own—pointing out, for instance, that predators, cats included, tend to prey on unhealthy birds [12–15], whereas mortalities from non-predatory events—collisions with wind turbines, for example—tend to include healthy and unhealthy individuals alike. Or that cat owners are increasingly keeping their cats indoors—thus reducing their impact on wildlife. [16—18]

Or that the “Wisconsin Study” numbers are meaningless. Or that context matters.

It’s all true, of course, and it would bolster their case against the growing wind industry. On the other hand, ABC and USFWS would have to do the unthinkable: concede some of the very points TNR advocates have been making for years.